With the acquisition of Dave Bolland, it looks like Tyler Bozak will not be returning to the Toronto Maple Leafs in the upcoming season, unless Leafs GM Dave Nonis makes a few more trades to free up some salary.

The Leafs only have $16M of cap space remaining and only have 12 players currently signed. Toronto has a long list of players to either re-sign or let go to the free agent market before the start of the season in October. Those players include Nazem Kadri, Joe Colborne, Clarke MacArthur, Tyler Bozak, Ryan Hamilton, Carl Gunnarsson, Cody Franson, Mark Fraser, Ryan O'Byrne, Mike Kostka, and the newly acquired Jonathan Bernier.

The Toronto Maple Leafs are have lost three games in a row, for the first time this season. Overall, that's a good sign, but over the last few weeks, including the games they have won, Toronto's defense has not been up to par.

Despite the fact that they were able to win some games in the last few weeks, the team has looked out-of-sorts defensively. In the past you could easily shift the blame to sub-par goaltending, but this time it's not the case. Although their numbers don't look good at all, Toronto's goalies have been playing rather well as of late. The blame must be put on the players. At what point are the players going to be held accountable for their inability to keep the puck out of their own net? Many think that Thursday nights match-up with the Pittsburgh Penguins will showcase a different Leafs line-up, but many also think it should have happened weeks ago.

Is This The Year For Nazem Kadri?

When the Toronto Maple Leafs drafted Nazem Kadri seventh overall in the 2009 entry draft, they had high hopes for the former London Knight forward who showcased an amazing set of hands alongside great playmaking abilities. But as the years passed in Toronto, Nazem Kadri hasn't been able to find a regular spot in the line-up, despite multiple opportunities being called up over the last three seasons.

So this past off-season Kadri worked hard so that when the season came around he could prove that he deserved a regular spot on the roster. But things didn't quite work out when the NHL and NHLPA couldn't come to a collective bargaining agreement and the NHL went into a lockout. So Kadri started the season for the Toronto Marlies of the American Hockey League as he awaited the lockout to end. It wasn't the start to the new season that he was looking for, but what made matters worse was when his coach in the Marlies, Dallas Eakins, questioned his play and even benched him at one point during the AHL season.

Email ThisBlogThis!Share to TwitterShare to FacebookShare to Pinterest
Location: Toronto, ON, Canada

Another late surge by the Toronto Maple Leafs isn't nearly enough to get back into a game where they gave up five unanswered goals after jumping to an early 3-1 lead. The Leafs would ultimately lose the game by a score of 7-4. A reoccurring theme for the Maple Leafs over the last several seasons is the inability to play a 60 minute game. Tonight was a display of just that. The Leafs were all over New York in the first period, but fell asleep for the next 35 minutes. In their defense, the Leafs did play last night and so fatigue is definitely an issue, but it's not an excuse.

In a season with only 48 games, every game is crucial, more-so than the average season. The teams that manage to hold early leads are the teams that will thrive and the teams that can't will be on the outside looking in, as the Leafs have been since the previous NHL lockout in 2004. At times Toronto has shown some promise early in this season, but tonight's game exposed the majority of the hurtles that the Leafs will have to overcome this season.

Email ThisBlogThis!Share to TwitterShare to FacebookShare to Pinterest
Location: Toronto, ON, Canada

The Toronto Maple Leafs have relieved Brian Burke of his job and replaced him with his Dave Nonis, one of Toronto's assistant General Managers. The news came as a shock today when the decision was made, and was followed up by a press conference from Toronto at 1:45pm this afternoon. Burke has been appointed a new role for the Maple Leafs as a senior advisor. Burke, who was the GM for the Leafs for the last four years, had a losing record in his tenure with Toronto. He just recently signed Randy Carlyle to take over as the coach at the tail end of last season. Considering the fact that the NHL and the NHLPA have finally come to a deal after four months of lockout, the timing of this news is rather odd. Why not fire Brian Burke in the summer? Or why not fire him in the dead months during the lockout? The timing doesn't seem right for a change to just happen. What made this decision happened just a few days prior to training camp for the 48-game shortened NHL season. 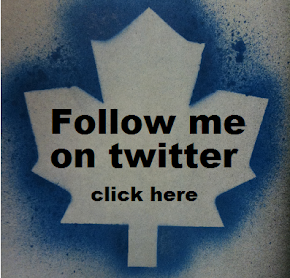